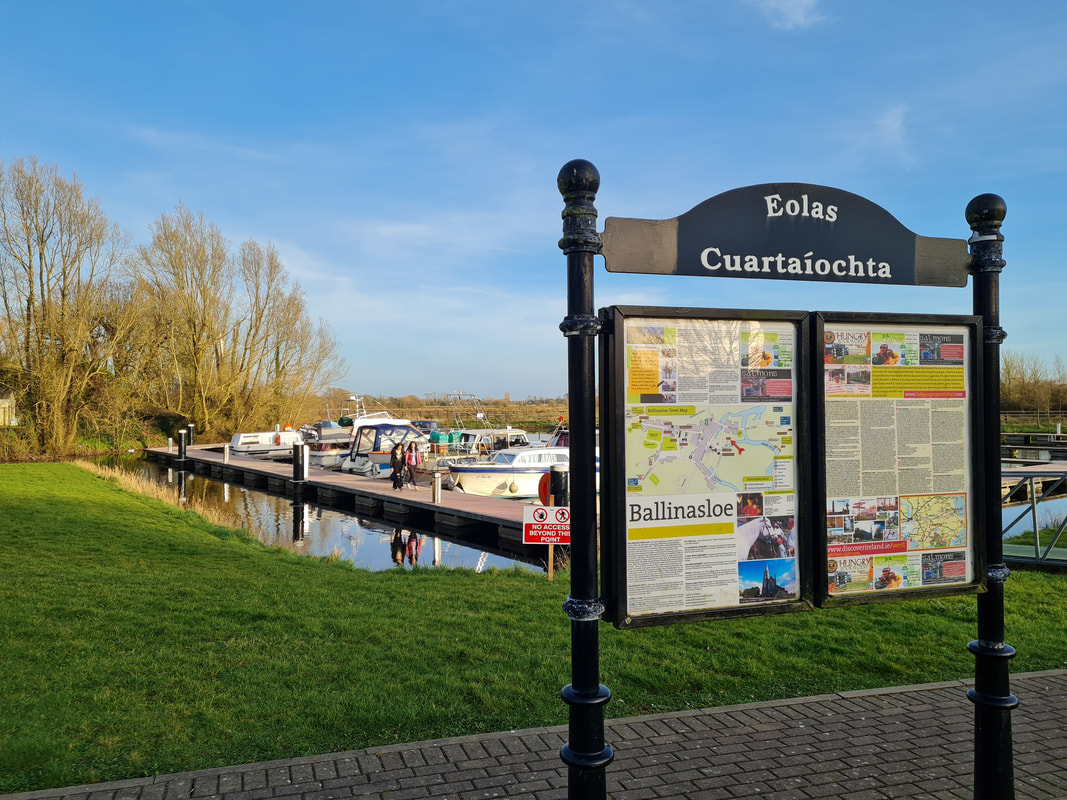 Ballinasloe is at the heart of Ireland and being at the "Gateway to the West" it is an ideal base.  You can Explore Ballinasloe here.

A 25-berth marina was completed by Duchas at Slí na hAbhainn, opposite the Civic Offices. On-going works to make the River Suck navigable, have resulted in the linking of Ballinasloe to the Shannon/Erne Waterway. The 1999 Shannon Boat Rally finished in Ballinasloe at the Lock Gate in Pollboy - a recently completed part of the Suck navigation project.

Ballinasloe also lives up to its equestrian heritage and offers a choice of horse and pony-riding facilities, stables and regular show jumping features which normally take place in the show grounds or on the Fair Green. Ballinasloe has also traditionally proved popular with anglers, particularly those interested in coarse angling. Ireland West, in its publication 'The Coarse Angler's Paradise - A guide to Counties Galway, Mayo and Roscommon' states "The River Suck is deep and slow, renowned as one of Ireland's most productive coarse fishing rivers. Shoals of bream are plentiful and throughout the summer, bags in excess of 100 lbs. are common. The stretch south of the town near Coreen Ford has an excellent stock of tench and rudd Bream, Roach, eels, Pike and Perch are also found on the river. Lough Acalla, a rainbow trout fishery near Kilconnell, west of Ballinasloe, proves popular with local enthusiasts. Shooting holidays also attract many repeat tourists."

Places to go, things to see

Ballinasloe is an excellent base to enjoy many national and internationally renowned attractions including:
For further information on the above contact Galway East Tourism, Ballinasloe Tourist Office 090 9642604 (Summer Season)